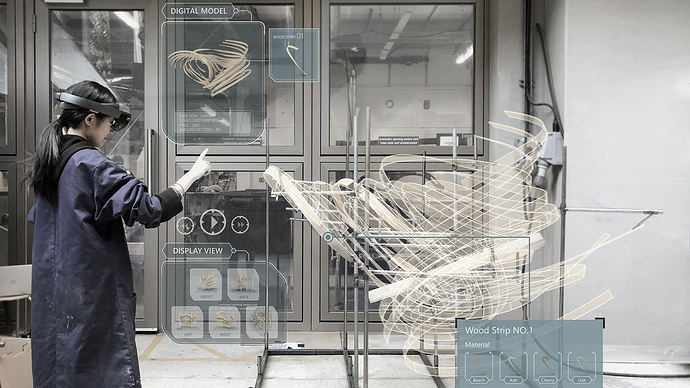 This project from the Bartlett University in London uses an adaptable scaffolding system as formwork for a complex steam bending process using augmented reality with Fologram. The project was part of the BPro Research Cluster 9 led by Soomeen Hahm & Alvaro Lopez Rodriguez in 2018/19. This project was completed by students Huilin Zhang, Lemen Ran, Hongyu Pan and Pengcheng Zhai. 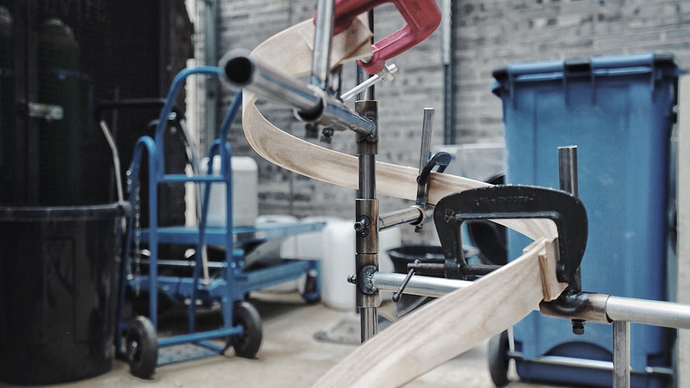 The students conceived a series of complex twisted timber structures that required an adaptable mould for bending. Students adjusted the scaffolding to locations set out in AR with Fologram. Timber strips were then steam bent over the scaffolding along a series of holographic guides aligning to the scaffolding. This project incorporates steam bending in a similar way to the Steampunk pavilion completed by Fologram in 2019 - take a behind the scenes look at Steampunk here.