Fologram’s ‘Track Taps’ component allows users to track which Sync Objects have been tapped on by which device. The component takes in Sync Object components with moveable/clickable interactions turned on and records the last device to tap an object with an index number. 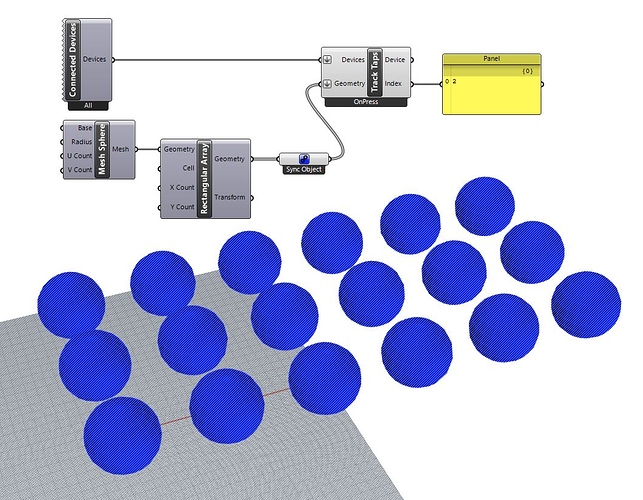 Allow Empty Taps
Right clicking on the component brings up an extra option to track empty taps (taps which do not register on another object) which will override the output with an empty index. 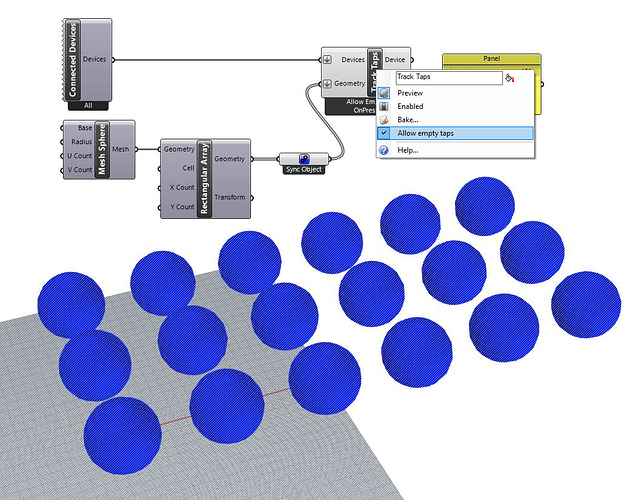 Example file:
In this example, an array of sphere geometries are synchronized to Fologram, and any taps from devices are tracked with the ‘Track Taps’ component.
1.17 Track Taps.gh (5.7 KB)

A Guide to the Fologram Tutorials - What to Try First