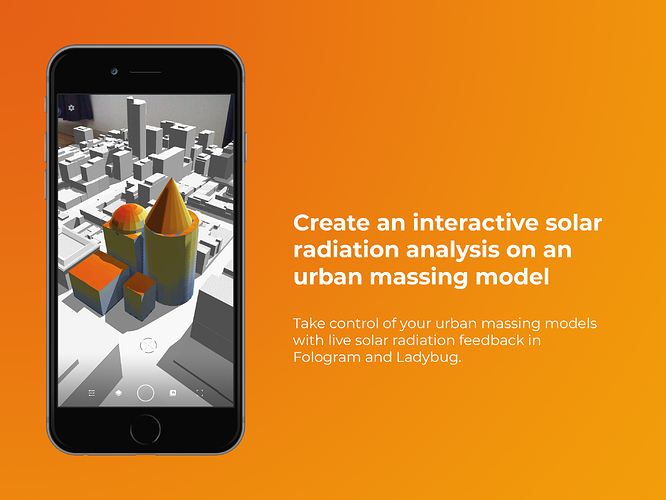 Get the Ladybug plugin: https://www.food4rhino.com/app/ladybug-tools
Get the example: 2.47 Ladybug Solar Radiation.gh (679.0 KB)

Take control of your urban massing models with live solar radiation feedback in Fologram and Ladybug. If you’re an environmental designer and you want greater interactivity over analytical tools in grasshopper, this is the perfect example for you!

Environmental analysis tools are incredibly powerful in parametric environments such as Grasshopper, and the Ladybug plugin provides a series of great free tools to test the performance of your design models. These tools can be pushed even further with Fologram, by creating interactive models that update live as you change and manipulate the geometry in AR. 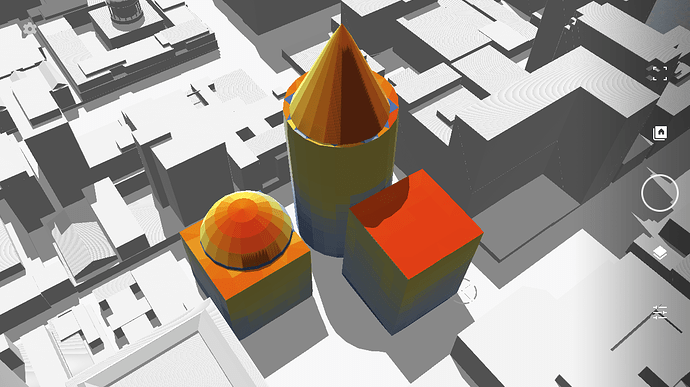 This example begins by duplicating a series of geometries that can serve as massing blocks to be interactively scaled, rotated and moved in AR with Fologram. Once a block is moved onto the site location, a Point In Brep component checks it is on site. A Ladybug Radiation Analysis then takes all geometry on site and runs a simulation that sends a live preview of the radiation on each object on site. This process happens live, so new blocks can be added, transformed and removed, and the analysis will update in real time.

Like this example and want to see more urban design examples in Fologram? Check out our article ‘The best way to create an interactive urban massing model in mixed reality’ to learn more.