Get the example: Fologram_RigidBodies.gh (322.6 KB)

Setup a rigid body collision simulation in grasshopper and create real time collisions in Fologram. This app will use a moveable Fologram object as a collision item to explode a brick wall apart in augmented reality. If you enjoy using the Kangaroo 2 Physics plugin for grasshopper, and want to learn about how you can use your AR objects as an input for your simulations, this is the perfect tool to get started with. 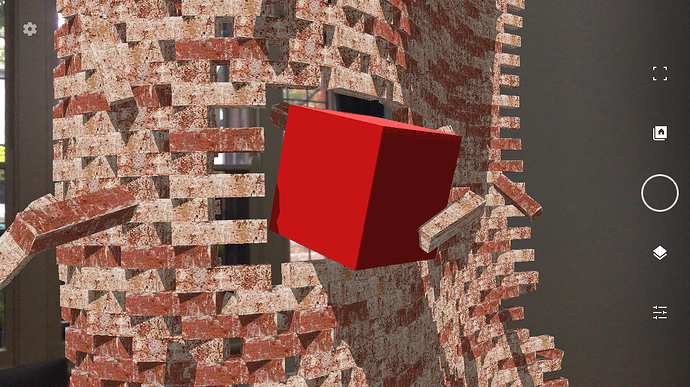 The size of the box can be scaled interactively to determine the radius of the collision.PNG1334×750 615 KB

The example sets up a simple rigid body simulation that tests collisions between a red box and a curing brick wall. Whenever the red box collides with the brick wall, the bricks move away to avoid the collision, creating an explosion effect out of the wall. The red box is controlled entirely in the Fologram device, and the location and size of the explosions can be controlled by the users interaction with the box.

Update on this one: you can also use your device as the collision input with the example below. The updated version replaces the red collision box with live tracking from your own device. Moving your device into the collision range of the brick wall will now simulate the collisions in real time.

Get the example: RigidBodies_WithDevice.gh (599.9 KB)