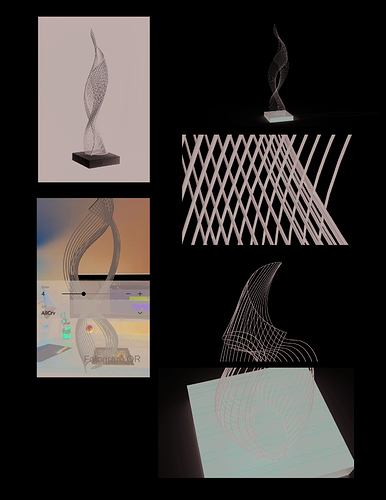 What you would probably find with fabricating this is that it is very difficult to create these consistent, slight variations in radii for the arcs / curves in the design and so the resulting design language of the physical object would probably be quite different to the digital model. You might consider:

In both of these cases Frei Otto’s experiments with self organizing woolen threads are a good reference.

I also noticed that your model appears to be placed under the QR code. This would suggest that the QR code has been scaled during printing - you might want to check the paper size option in the FologramQR command to suit whatever is in your printer.