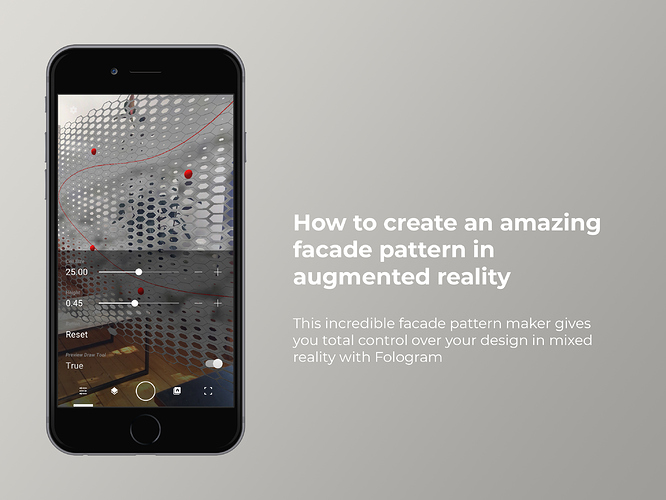 How to create an amazing facade pattern in augmented reality with Fologram2848×2136 1.26 MB

Working with parametric models with a lot of sliders and inputs can be confronting, especially for those unfamiliar with parametric modelling. This example shows how to create a user interface for manipulating a facade design tool in mixed reality using both an interactive guide curve and the Fologram parameters panel. Designers and architects with previous experience using Fologram with Grasshopper will be able to adapt this tool to their own parametric models, while it takes zero experience whatsoever to use the tool (on mobile or HoloLens) and contribute some design suggestions.

In the example design model, the offset of a hexagonal grid is determined by each hexagon’s distance to a control curve that can be drawn in Rhino or Grasshopper. The control points of the curve can be manipulated in mixed reality (by a collaborator, for instance) or in Rhino (by the designer).

Try using this tool with your own attractor pattern, add a third dimension to the attractor algorithm or adapt it for a facade on one of your projects. Maybe take this project by Herzog de Meuron as a reference. 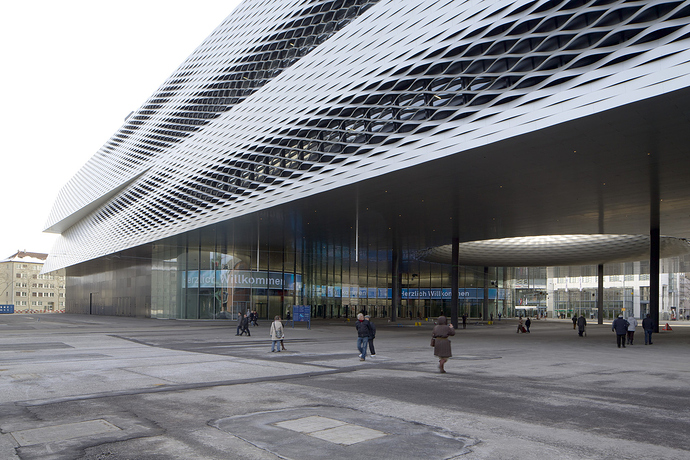 Like this example? Check out our article ‘Learn how to create an interactive extruded grid pattern in mixed reality with Fologram’ to learn more.