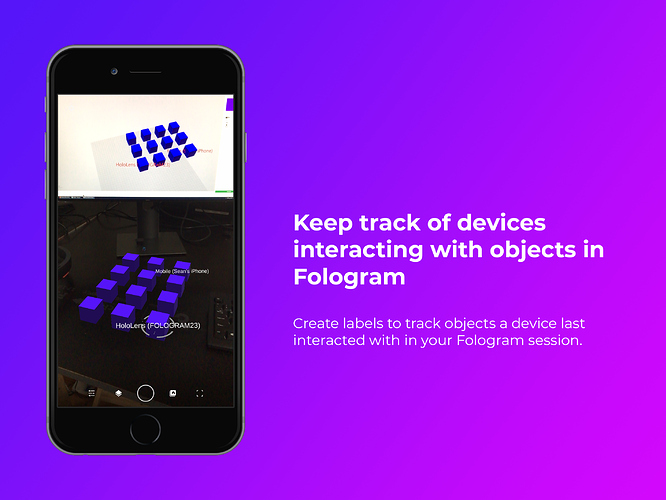 How to keep track of devices interacting with objects in augmented reality2848×2136 1.19 MB

Create labels to track objects a device last interacted with in your Fologram session. Whenever an object is tapped, the device name will appear as a text object in augmented reality. This is a great feedback tool for device interaction and can be easily understood by beginner users of Grasshopper and Fologram.

When shared sessions are created in augmented reality across multiple devices, it can be difficult to understand who is interacting with objects in the session. This tool provides an example of visual feedback to users pressing objects in space with a text tag displaying the name of a device pressing a specific object. 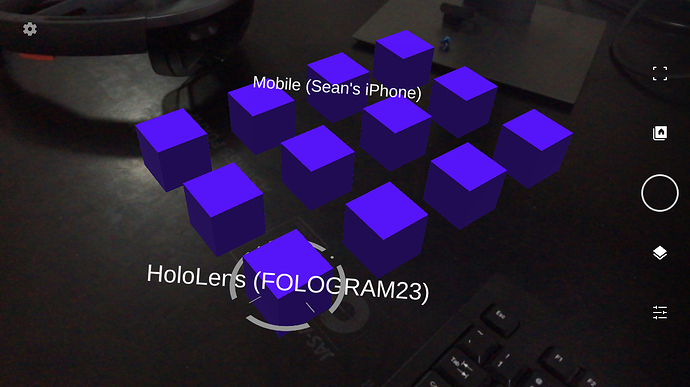 The example makes use of Fologram’s ‘Track Taps’ component which registered Sync Object’s interactions from any device. A series of boxes are sent to this and a text tag is created at any object that has been interacted with.

Want to learn more about the tracking components available in Fologram? Check out our ‘The 3 best ways to track live geometry in mixed reality with Fologram’ article for more!

Hi! Thank you for a great example!

I wanted to try build on in, but there’s one issue, perhaps with the data structure. The issue is, I wanted to make it so when I tap a geometry a specific text to that geometry appears. Now is is just sorted by names/layersm. And so when I do it like in attached picture, the names to appear on the geometries appear to be random. When I tried to make a separate branches for the objectID or the object sync, it didn’t work as I would like it either. So I wanted to reach out and ask if there’s some specific way how your components such as Sync object and Track taps work with the input list of geometry that is doesn’t sort it in a same way on the output?

Hi @Bako_ko, thanks for your reply! I’ve gone and replicated your question (see image below) and it worked with no problems for me. My guess is the following:

Could you give it another go and let me know if that solves your issue?

Hi @Sean, thank you for your help! both of the points were right. It worked when I put all reffered geometries into one, and also when I re-did the connections in the same order for the three containers! So It seems that everything works now fine!

Thank you for your support!