How to optimize your Karamba structural model in augmented reality 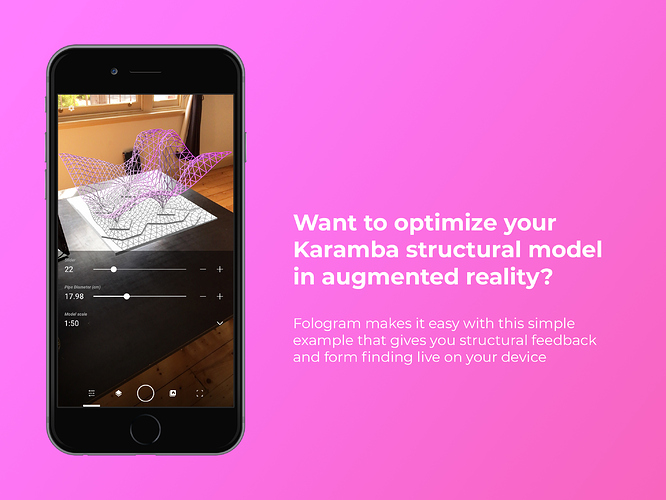 Want to optimize your Karamba structural model in augmented reality - Fologram makes it easy with this simple example2848×2136 1.52 MB

Optimize your Karamba model and view structural feedback and form finding live on your device with Fologram. You can synchronize any parameters to your device and interactively update them for real-time feedback. If you’re an engineer familiar with Karamba or a grasshopper enthusiast, this example is a great gateway to viewing structural optimization live in AR on your device 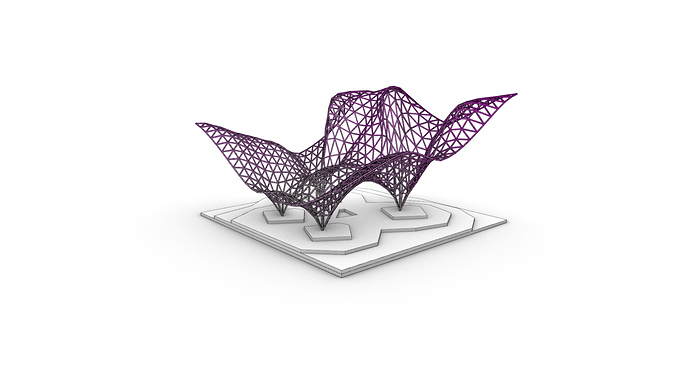 Karamba is a powerful structural analysis plugin for grasshopper. Structural optimizations in Karamba usually live in a spaghetti mess of grasshopper wires, however this example helps you simplify the pipeline for other users in augmented reality. Give other users control over the parameters you want them to change, and discuss structural optimization together live on multiple devices.

This example takes a simple mesh plane, and turns its edges into structural beams with point supports at specified locations. Forces are applied to the model and a deformation analysis is performed as a form-finding exercise to create a shell-like canopy structure. Colour serves as feedback to the performance of the canopy through Karamba’s Beam View analysis. Fologram gives the user control over any parameter in the simulation, including beam size, canopy resolution, displacement of each member and the scale of the model in AR.

Want to see other form-finding algorithms controlled augmented reality directly from your device? Check out our article ‘Make a mixed reality physics simulation with Fologram in 5 simple steps’ to see how you can simulate a cloth form with Fologram and Kangaroo.