You may notice that your model is taking a long time to appear in mixed reality, interactions with your model are slow to appear in Rhino, or nothing is appearing at all. This is typically due to network latency between your pc and mobile or HoloLens device.

A slow WiFi network due to an older hotspot or many connected devices may be to blame. See the Connections category for more help. Another common case of long delays can be very large Rhino or Mesh models.

Note, whilst the Hololens 2 can handle larger models then the Hololens 1, (see our Hololens 2 Polygon Count test), the following points are still relevant for both devices. Mobile phones will have a different polygon count limits depending on hardware.

If you are working with a very large Rhino model (commonly curved by using curve piping, surfaces with high UV counts, or many objects) you may be creating and streaming very large meshes. 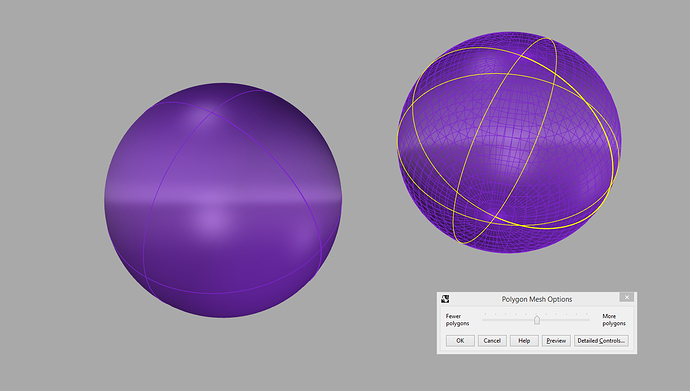 You can control this by manually meshing the geometry you want to stream to the HoloLens. Use the Mesh command in Rhino and experiment with parameter values to create low polygon counts.

Reducing the size of large meshes

You may be able to reduce the number of faces and vertices in your mesh without significant losses in detail by using the ReduceMesh command in Rhino, or the Decimate Mesh component in Fologram. Experiment with different reduction values to find a good balance between detail and polygon count.

If you have imported your model from another software package (e.g. SketchUp or Revit) parts of your model may exist as block instances. Fologram does not currently support block instances and these will need to be exploded (use the ExplodeBlock command in Rhino) before they will stream to your device.

Rhino users typically model at 1:1 scale and in coordinate systems relative to known set out points. When placing your model origin in mixed reality, your model will appear in the same relative position and scale. This often creates situations where you are looking at a blank section of wall, or positioned such that your model is behind you. Try setting the scale factor in the Fologram for Rhino plugin window to 0.01 (1:100) and ensuring that your model is located at the origin if working with large models.

1 Like
I can load an example model, but can't see my own model in mixed reality
Problems with Fologram on a Samsung Galaxy S10e