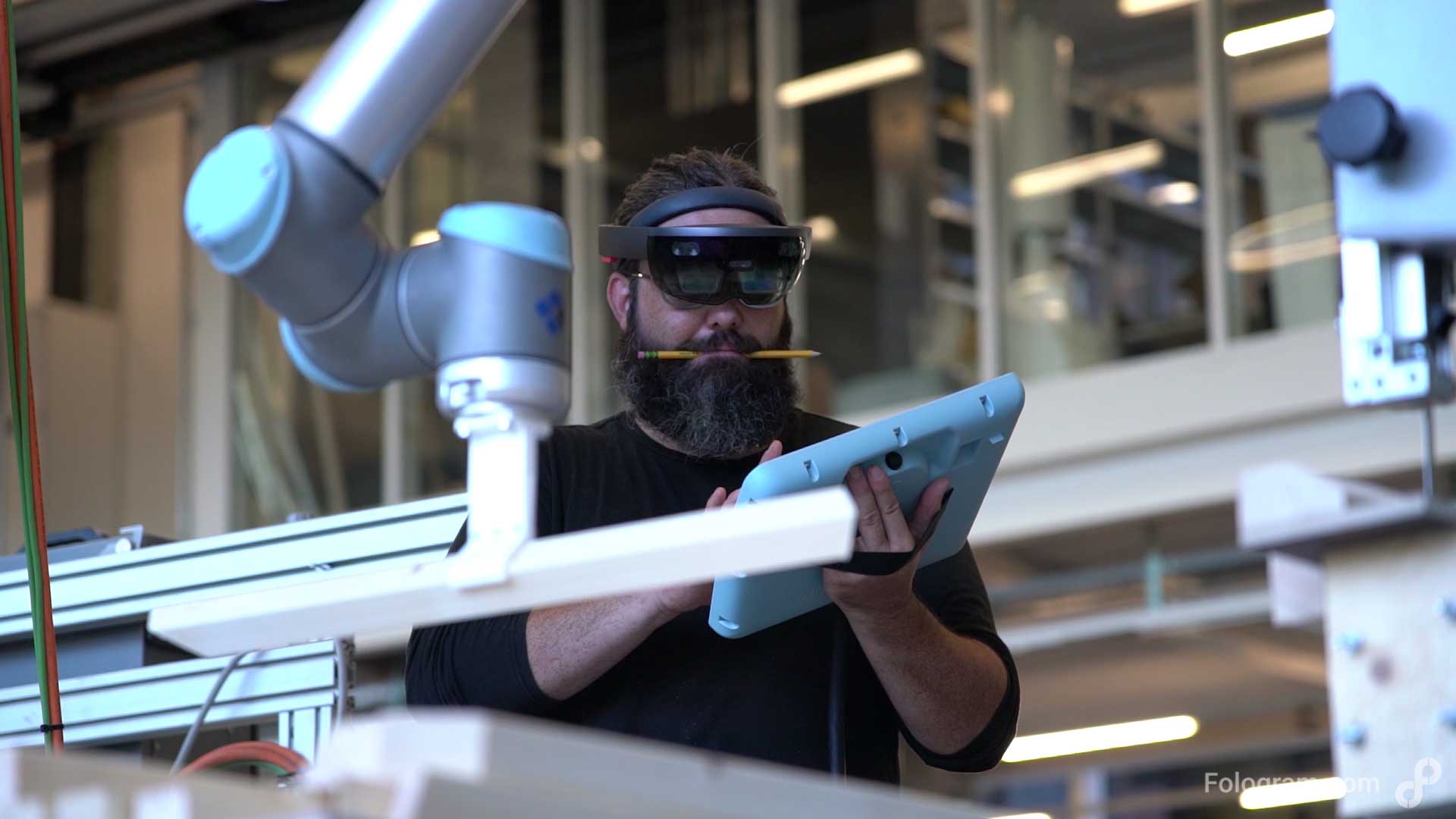 We worked with Jack Hunter from University of Washington to prototype a holographic user interface for visualizing and executing tool paths (using Vicente Soler’s Robots plugin for Grasshopper) on a UR10. The idea was to utilize the precision of a robotic arm to create exact compound cuts in standardized lengths of timber, and then assemble these parts by hand using a holographic guide. 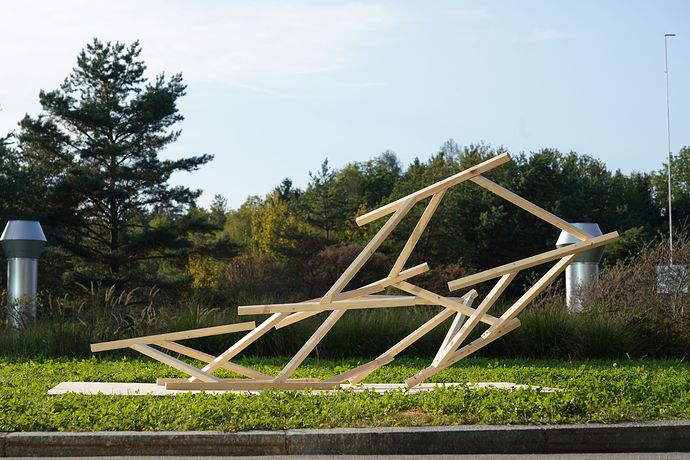 While the physical prototype itself is a pretty simple demonstration of the human-robot approach, we obtained several valuable insights as a byproduct of producing the prototype. Visualizing the kinematics of the robotic path in the context of the workspace was a useful way to identify collisions and clashes before they would have occurred with the physical object, and the always present holographic UI allowed Jack to control seamlessly switch between operating the robot using the UR10 tablet, and running commands or simulations using hand gestures. We also wanted to explore the idea of robotically fabricating parts on-demand during construction in order to enable us to make adjustments to the design if required (for instance to add reinforcement), though this ended up being beyond the scope of the workshop.

Ryan Hughes extended this work and was able to achieve a much more resolved outcome with his short workshop in Germany.