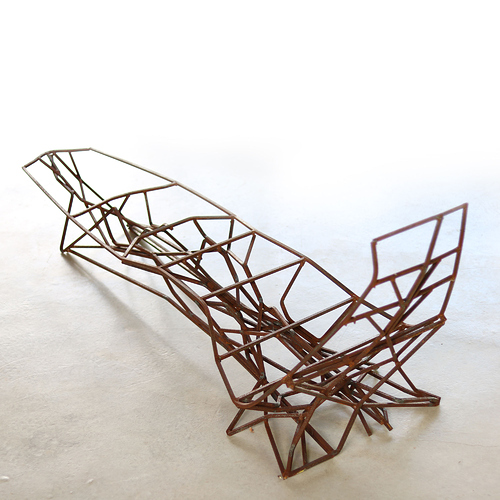 One of the first prototypes we built from building scale materials explored the idea of using a complex digital model as an approximate (rather than exact) guide during fabrication. Knowing that we could make small adjustments to the design during fabrication eliminated the need to rationalize the digital model (by removing intersecting geometries or constraining bend angles etc) and allowed us to make common sense tradeoffs between adhering to the design sketch and deviating to simplify forming or assembly tasks. As a result the design took about 20 minutes and the chair was built in less than a day. 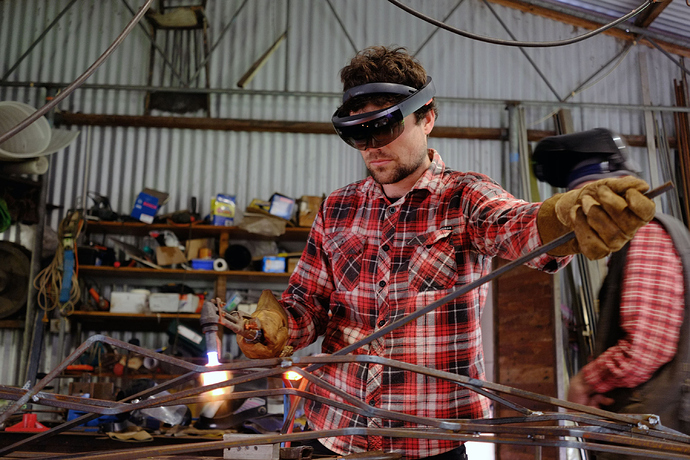 The image above shows how parts can be formed in situ to match the holographic guide - no measurements, drawings or templates are required. After developing this prototype we realized that the fabrication time could be further reduced by cold forming the individual parts where possible, and a short video documenting this approach is here:

The idea of working with digital models as approximate guides can be extended or combined with a number of other approaches. For instance, parts might be precisely fabricated (using CADCAM) where they need to form connections with other parts or an existing structure, and then be approximately fabricated elsewhere in order to minimize design and fabrication complexity.