I have a model with a variety of objects which are modelled in [meters] (about 100 m x 100 m large). Till now, I scaled the AR model with the Fologram scaling option and placed it manually. But now I wanted to fix the model with a QR code. Is there a way to scale the QR code in Rhino or to scale the model while it is still attached to a QR code? The problem is, that I cannot scale the model itself in Rhino since it depends on parameters in Grasshopper and this would distort the model.
Thank you very much in advance!

Hi @MalteAC
You can scale the model in three ways:

(2) or (3) would seem appropriate in your case, and they will scale about the Rhino origin. If you’re using a QR-code that is at 0,0,0 this should have the desired effect. 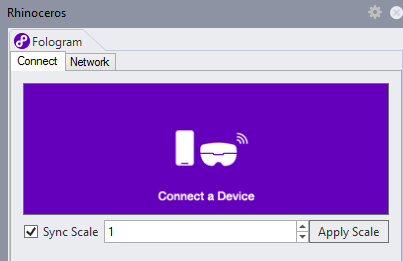